Today we are going to introduce two solutions for real-time architectural visualization, Twinmotion, and Unreal Engine, designed by the same developer, Epic Games, and a newly released plugin that allows importing projects from one software to another.

Unreal Engine was first introduced in 1998 as a game engine but has since developed into a complete suite of 3D creation tools for anyone working with real-time technology. Besides game development on different platforms, it found use in industries such as filmmaking, automotive and transportation, architecture, and many others that need high-quality visuals and photorealistic rendering to recreate reality in a virtual world.

Twinmotion is a real-time visualization software specifically designed for architecture, construction, urban planning, and landscaping professionals. It is compatible and offers direct synchronization with BIM software such as Revit and ArchiCAD. Twinmotion users are able to bring their simple BIM models to life by adding materials, lights, changing the weather, season, and time of day, and enrich the scene with a large library of both static and animated props. A very intuitive, icon-driven interface makes it easy to use and quickly create images, panoramas, or videos.

The main differences between these two solutions reflect in the workflow, available set of features, and what they are intended for.

Twinmotion is created for architects and designers to help them quickly visualize their ideas and work on the design, especially in the early stages. It is a simple software that still gives a lot of creative freedom. Unreal Engine, on the other hand, is a powerful software with more complex tools that allow visualization specialists to control the smallest details regarding lighting, materials, animation, sound, and rendering to create stunning visuals. It also requires a higher level of expertise.

Both of these can be found on the Unreal Engine marketplace, which one can access through a browser or Epic Games Launcher. A couple of months ago, a new plugin ‘Twinmotion Importer for Unreal Engine’ was released and added to the marketplace.  The idea behind it is to allow architects and designers to start with concepts and early visualizations in Twinmotion and then transfer their work to Unreal for further development. 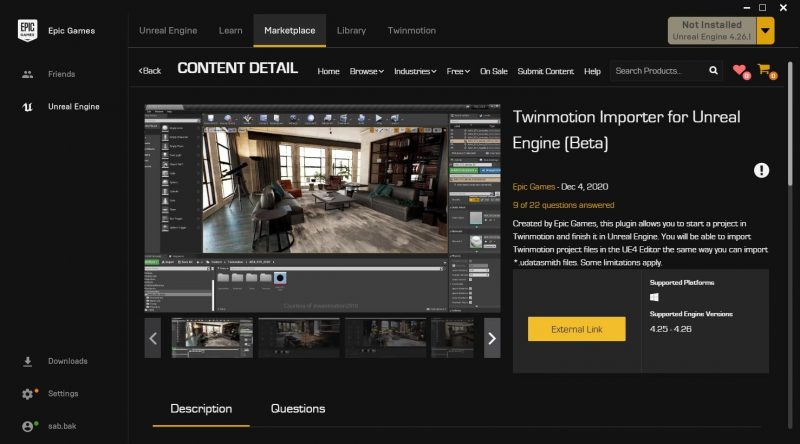 Some of the available features of Unreal Engine and Twinmotion Importer presented at the webinar are:

Raytracing – It is a rendering technique that provides realistic lighting by simulating the physical behavior of the light in real life. It uses an algorithm to trace the path that a ray of light would take in the physical world, which results in more accurate shadows, interactive reflections, and realistic representation of materials. This technology requires a lot of computing power and a graphic card that supports raytracing.

Lighting Set-up – Unreal offers a lot of settings for both artificial and natural sources of light that users can tweak to set the accurate lighting conditions for their scene.

One new feature that comes with the new version of Unreal Engine is volumetric clouds. Unreal is using three-dimensional volume texture that is ray-marched to represent cloud layers in real-time. This setting is a huge step-up from Twinmotion because it contains a lot of different options for creating any type of sky backdrop.

Post-processing features – This part includes hundreds of options that will allow users to create the style and the mood they want for their project, but it also requires diving in deeper, experimenting, and tweaking visual and rendering settings in order to achieve a good ratio of quality and performance.

There is another interesting feature here. If the scene includes areas with different lighting levels, it is possible to create multiple post-process volumes with different settings to have greater control of the lighting in each area.

Datasmith Re-Import – Another useful tool that enables reimport of the original Twinmotion file if the architect made changes in the model, or if some parts of the scene were deleted in the meantime.

These are only a small part of Unreal Engine’s possibilities, which shows that using this software requires a lot of knowledge and experience. The importer from Twinmotion is also in beta version, under development and more useful features are expected in the following versions.

To sum up, Epic Games offers two solutions for real-time architectural visualization, one more advanced than the other, but both of which can produce high-quality photo-realistic content and it is on the users to decide which one better suits their needs.

If you are interested in learning deeper about this topic, you can watch the recording of the webinar here:

https://info.unrealengine.com/dc/fzlCALmHi4teSQ63diB7cgMeXLIEK_QHnGcRMTxVLU4=/o03Ek00vs00BoD0y9TFahJ1 or visit Unreal Engine’s website where you can find a lot more information and educational content. 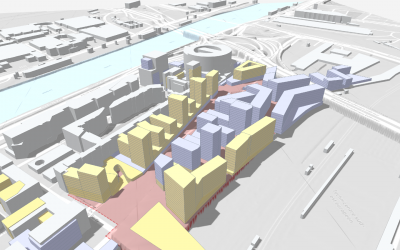 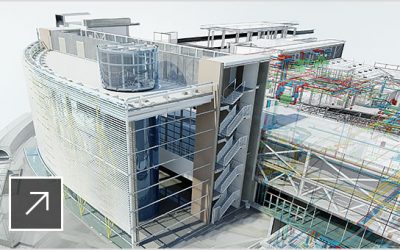 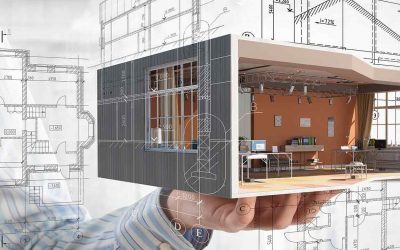 What are the major accomplishments of Walter AEC in the field of Revit Family Development?

Where are you from?

We respect your privacy. As an important part of providing quality service, Walter Academy uses cookies with the intention to ensure operational stability of its website and facilitate the smooth flow of its users by storing and tracking information in order to personalize content and ads, provide social media functions and analyze the web traffic. By using the walteracademy.com website you are confirming that you are accepting our use of cookies. Click "I agree" to enable cookies and continue using the website without any limitations. I agree